After a day of massive climbing at Buffalo Creek, we took off later in the afternoon and enjoyed a shuttle ride up Cheyenne Mountain where we were dropped off with about 700 feet left to climb before we reached the summit.  (Note, there is no formal shuttle service, we just had a friend drop us off.)  Hitting the trail, there was some jeep roads that we rode first, and then the trails start to climb.  Steep but not unrideable, they are a good way to stretch your legs before you start your descent, and it is a great descent.

Captain Jack's was my favorite of the trip. While it was pretty sketchy in a few points because of the gravel and rutting, one of the videos actually has the cameraman going over the bars. Once we finished Captain Jack's, we took the road over to Chutes and dropped in there.  While it was fun as well, there are more hikers and dogs so it was a bit harder to let loose.

Directions: Take route 24 to Cresta Road, then west on Cheyenne road, up to High drive.

Length: We rode about 7 miles, but there are plenty of trails up there
Trails: Smooth singletrack, gravelly at some points with some recent rutting from rains.
Trail Map:  Trail Map
Elevation: About 700 feet from the parking lot at trailhead #7 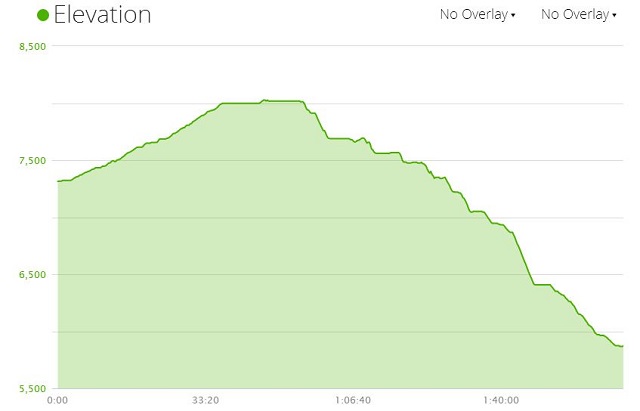