I had been riding an old Magura wheelset since ~2004 when I bought my Hammerhead.  Those wheels were rock solid and had been through years of abuse and yet along the way had few if any issues.  But the rear freewheel was very loud, so along the way I decided to replace it with a DT Swiss 240S.  And that is where the trouble started.

Cons: Wore out way too fast for a standard rider

Verdict: Moved it over to my backup bike, just can't trust it.

Review: With my old rear hub approaching an 8-9 year ago, and always being one of the loudest in the group, I thought it might be a good time to finally upgrade.  I had ridden DT Swiss before and liked them, my Magura is actually a rebadged DT Swiss already, so I was very comfortable with the hubs and the 240S seemed like the perfect hub for me.

What I liked most about this hub was the quiet operation.  Coming off of a very loud (but durable) rear hub, a quiet performer was a welcome change.  What I love about the sport is getting out into the wild and riding with my own thoughts; a bike shouldn't interrupt that. With the 240S I went from being one of the loudest bikes to one of the quietest bikes, a great upgrade.

And speaking of upgrades, the first thing that you should do if you buy this hub is upgrade the ratchet to the 36-point ratchet, which gives you better contact and more to torque in quick situations.

The place where this hub really shined was at City Park on my first ride. When dealing with quick ups over ledges the DT Swiss just grabbed quickly and held.  I could put a lot of pressure on that hub and it immediately snapped into play (more about this to come.)

Over time I noticed that I was breaking spokes on the non-drive side of the hub.  Every time I found a broken spoke I took the wheel into a shop immediately and not only had them replace the spoke, but also re-true the wheel as I did not have a truing stand at the time.

After about 6-7 broken spokes I finally took the wheel back to the shop that built it for me.  While none of the spokes were broken or loose, whenever I put pressure on the wheel it would make creaking and pinging sounds that sounded like something was about to break. They looked at the wheel and said that the spoke holes were worn out.  They had to re-lace the wheel with the spokes going in the opposite direction.  When that still didn't fix the wheel I took it to another shop.  They said that it should never have been laced in that direction and rebuilt it back the other way.  It stopped making noise.  For a week.

Finally in frustration I decided to swap back to my old Magura wheel.  However, I could not get the cassette off.  After much pushing and prying I was finally able to get the cassette off of the hub.  The 240S is made of a softer alloy than the others that I have used in the past.  You need to use a carrier-based cassette, not a cassette with individual rings. Otherwise they dig in and the cassette gets locked in.

Here is the bad type of cassette: 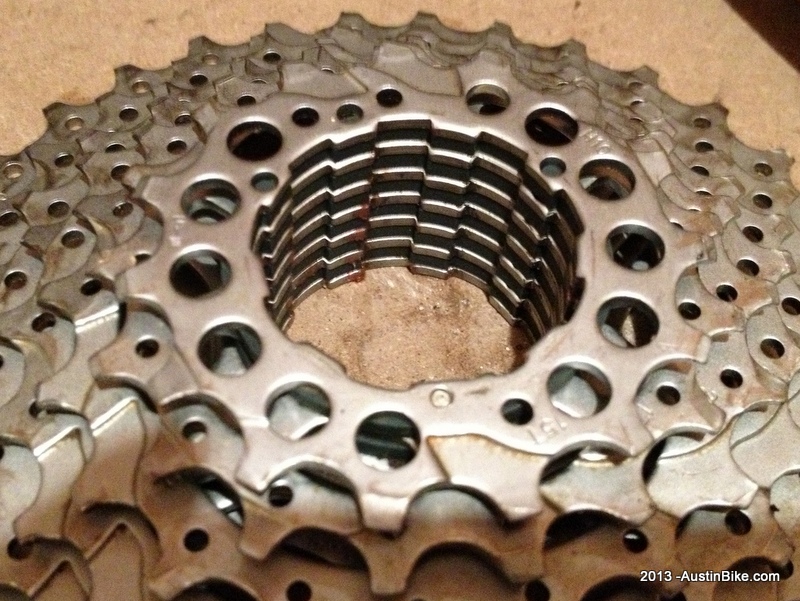 And the right kind: 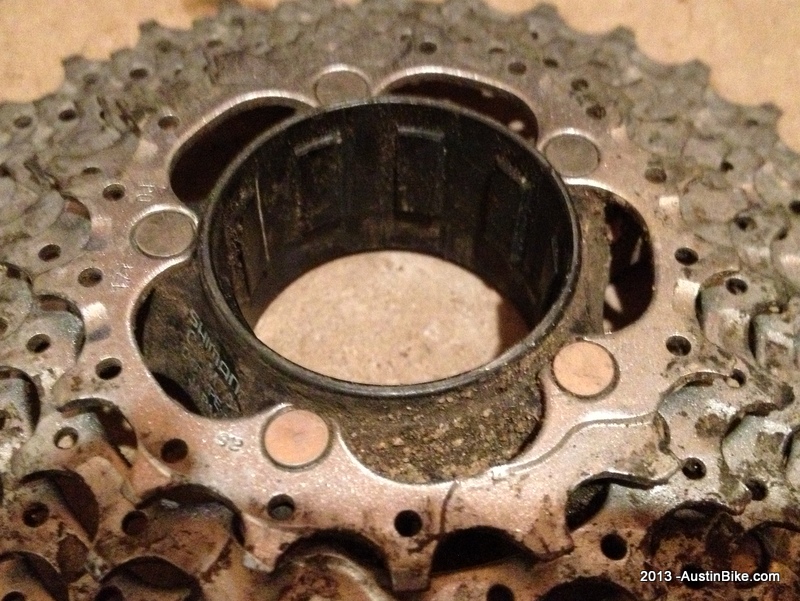 If you use the wrong cassette, it will chew up your freewheel body: 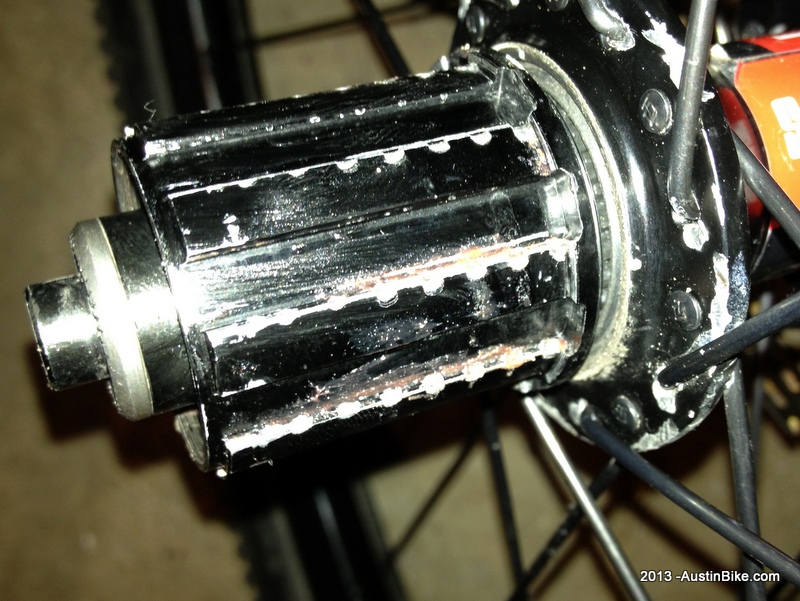 Overall I was underwhelmed with the performance of the hub and the response from the technical team at DT Swiss.  I'll put that wheel on my backup bike and look toward someone like Hope in the future when I decide it is time to swap out my rear wheel.  They may be a little louder, but the hassles that the DT Swiss put me through just don't make it worth going down that path again.  A hub should last more than a year.